The play “Skin Look” tells the story of a family that starts by hiding their roma origin and ends by assuming their heritage. The play focuses on the relationship between a father that is willing to assume his identity and his daughter who refuses to identify with a past that is unknown to her. During the play the characters are confronted with cultural stereotypes, building their identity to overcome these preconceptions.

The text was written by de Ayşıl Akşehirli și Alexandru Berceanu based on the 40 interviews with the “horahai” roma from Babadag, Constanța, roma from the Istanbul neighbourhoods: Sulukule, Kuștepe, Balat and dom, roma population from the east of Turkey, from Hatay, Gaziantep, as well as the dom refugees from Syria in east Turkey.

The show is free. The access for the show is made upon a reservation at the email address dramacum@dramacum.org and through sms to the number 0734 256 751. More details about the show on the associations website www.dramacum.org or on the facebook page: https://www.facebook.com/dramAcum/

The project “Istanbul – Bucharest by Play” is a Tandem Turkey project co-funded by the Cultural Program of Bucharest – In – Visible City 2016 of ARCUB – The Cultural Centre of Bucharest City and by the Administration of the National Cultural Fund, Romania. The play will be produced in Istanbul at the Ikincikat Theatre and directed by Andreea Vălean.

dramAcum is an association focused on producing new dramaturgy plays with innovative techniques. For dramAcum dramaturgy is an instrument for social change.

Köşe is a collective of artists which innovates in co-producing shows with local communities and bring them to the national and international attention producing the festival with the same name in Istanbul.

The project does not represent the position of the Administration of the National Cultural Fund and its not responsible for the content of the project or for the ways in which the results might be used. These remain under full responsibility of the beneficiary. 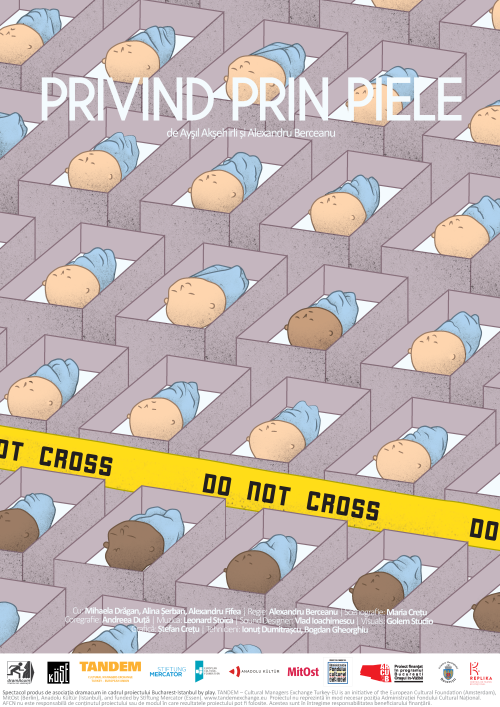